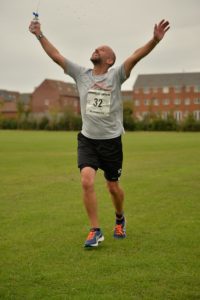 The Harborough Triathlon returned for a fourth consecutive year on Sunday (3rd September), with over 300 people taking part.

Sunday’s mild temperature and overcast sky were ideal racing conditions for a triathlon and as a result, there were some impressive finishing times by competitors.

“This year’s Harborough Triathlon was another great success. Competitors did well in overcoming the challenging hills and fast descents to record some extraordinary times,” explains Brian Corcoran co-organiser from Race Harborough. “When we first started the event in 2014, we had a handful of people taking part. To see what the event has become now, and a number of residents that come out to not only take part but cheer on the athletes are really rewarding.” 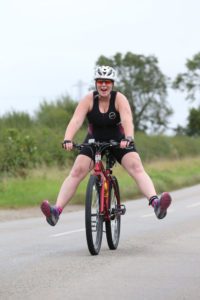 Jo Eaton, a member of Welland Valley Tri Club, got engaged at the event and completed the race despite being pregnant and expecting birth in January!

After finishing, the athletes had the opportunity to enjoy a well-deserved sports massage, provided by The Training Shed, headline sponsor. All competitors were awarded a medal and quality technical t shirts while race winners were also presented with prizes such as £100 cash for the male and female winners of the Sprint distance.

Organisers have received high praise from those that took part. Amanda Wilson, the athlete, commented: “Thank you for making my first triathlon an enjoyable one. Great organisation, communication and support. Think I’ll be back.”

Rae Arnold, another competitor in the race stated: “Thank you for a great, straightforward, well organised days. Some lovely marshals and some local support on the run route more than made up for the dreary weather!”

More pictures and details of the event can be found at www.raceharborough.co.uk. The next event organised by Race Harborough will be the Tunnel Vision night run that takes place on Thursday 16th November.