Harborough Half Marathon is a hot favourite with runners

The return of the Harborough Running Carnival featuring the Harborough half marathon saw a large rise in the numbers of runners taking part. It also saw a large rise in temperatures. Last year’s inaugural event was a wet affair.  This year saw warm weather and humid conditions offered a different physical challenge to test the 900 plus runners taking part.

Market Harborough Building Society were once again the headline sponsor of the event.  It comprised of a half marathon, 10k race, relay race and a children’s 1 mile event.  Using the route of the carnival parade for the first 3 miles of the course ensured a crowd of around 7,000 were on hand to cheer on the runners. Other support was given by The Training shed for post-race massage. Murphy’s taxis were on hand for relay race transportation.

A Harborough half marathon to remember

Once the town centre had been covered, half marathon runners went out to the countryside. This route took in Welham and Thorpe Langton before ending by the carnival grounds.

The 10k winners were Ludovic Renou and Rosanna Andrews. Gareth Wood & Nicki Nealon were first the cross the finish line for the half marathon. The EHL relay race was won by ‘True Bromance’ a group of friends from the town.

Local charities were also a big winner on the day with an estimated £15,000 already collected in sponsorship. It total around f £25,000 is expected more to come in from runners of the half marathon and 10k. The Squires Effect received a cheque for £2,500 from Race Harborough.

Race Harborough want to extend a big congratulation to them and everybody who took part in the half marathon and 10k race.

Feedback for the event from runners on social media following the event was overwhelmingly positive.  Mary Oswald wrote “Brilliant day and fantastically organised. A massive well done is deserved for the organisers and volunteers on the day. It’s not easy organising something as big and complicated like this. I loved the route and the vibe of the day. Judging from the smiley faces, I think other runners enjoyed it too. I will be signing up for next year ASAP!”

The event organisers led by Brian Corcoran and Amy Kingston were pleased by the large numbers taking part and the positive feedback. “We are delighted to see so many people from the town take part. But this year’s events saw people come from all over the Midlands to compete – really putting Harborough on the map and bringing many new people to the town” comments Amy.

Brian adds “A huge thanks to everyone that volunteered including marshals, lead cyclists, pacers, tail runners without whom the event could not have happened.” 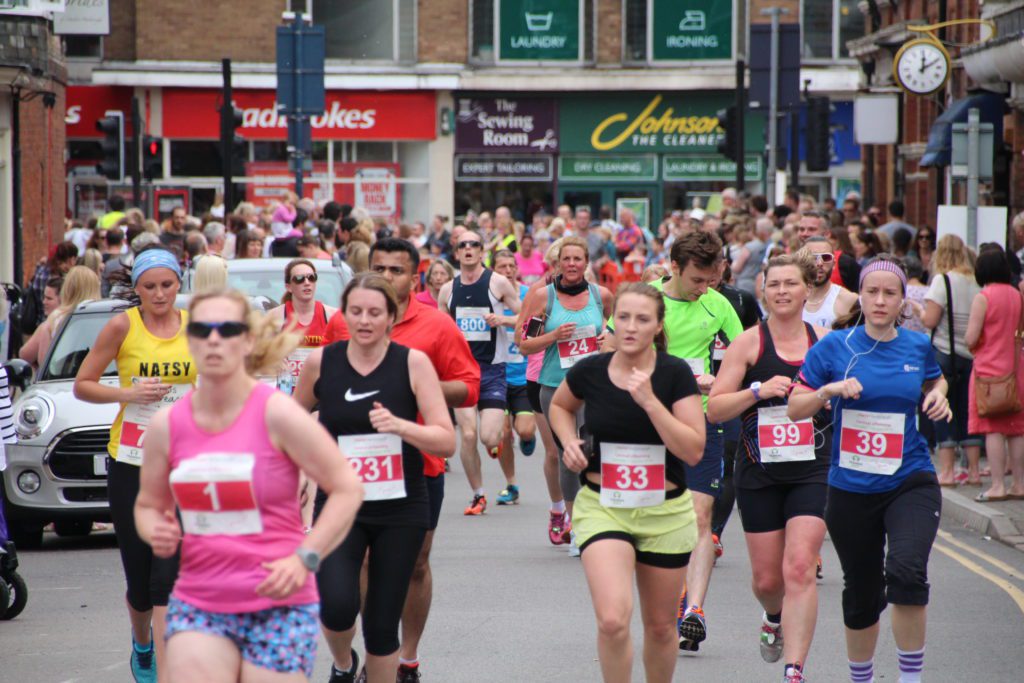