The Market Harborough Santa Fun Run is returning on Sunday 11th December and will be open to a record number 650 Santas.

Now in its third year, the event has grown in popularity since its formation in 2014. The first event was a sell-out and in the following year entry numbers were doubled to 500. Organisers Race Harborough are confident that the 2016 run will attract even more and have increased registrations further. 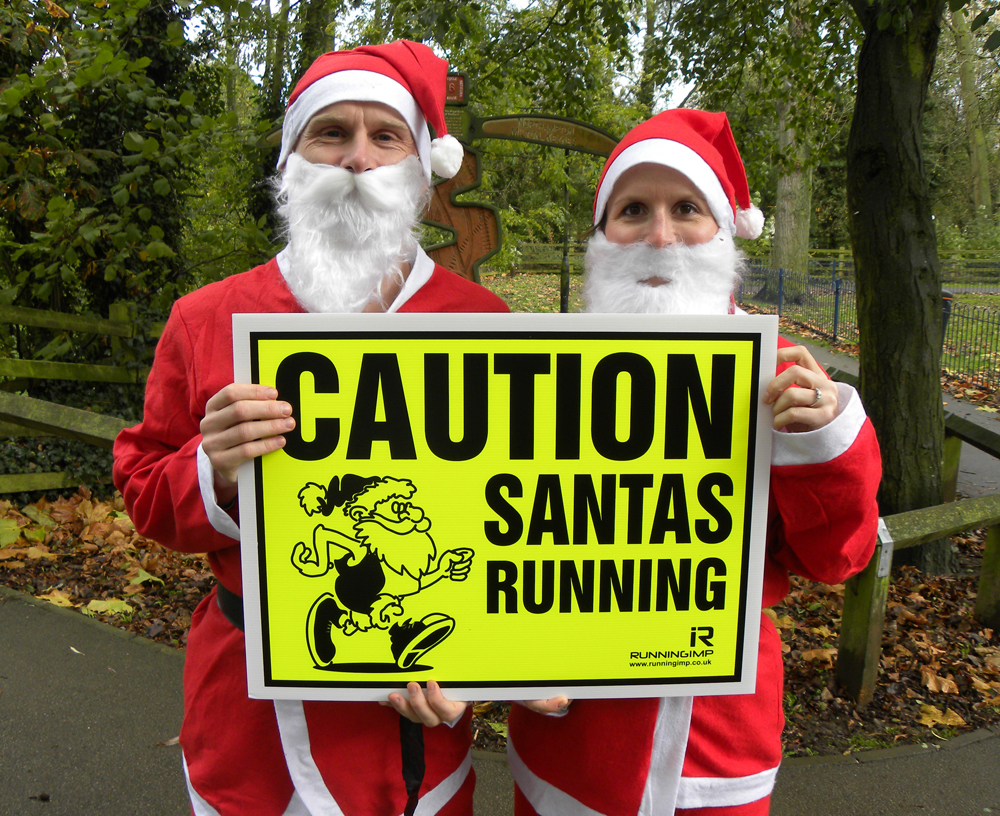 The Santa Fun Run sees a mass of Santas circling Welland Park in Market Harborough to raise money for local charity Squires Effect. The event begins outside the Welland Park Café at 2pm with entrants free to run either the 5km or 2km race – all finishers receive a medal.

“As well as increasing entry numbers, were also hoping to increase the amount of money raised for Squires Effect,” comments Brian Corcoran, co-organiser at Race Harborough. “We challenge everybody that registers to raise £10 each – that sum would make a huge difference to a great cause. Even if you’re not running, come down and cheer on our Santas – there will be plenty of entertainment on too!”

As like previous years, there will be refreshments available and a live music performance by the Market Harborough Ukulele Group. Paws 4 Walking are donating a dog hamper to award to the best dressed dog and the first Santa to catch the runner dressed as a Christmas pudding will win £100 to donate to a charity of their choice.
For younger runners there will be a special Christmas Elf that will be handing out festive gifts as they go round the course.

The run, which is sponsored by Snap Fitness, costs £12 for an adult registration and £6 for under-16s. Also available are a range of family bundle tickets as well as free registration for infants (2 and under) and dogs. Santa costumes are included with all registration prices.

Places are allocated on a first come, first served basis with registration closing at midnight on Monday 5th.