Inspired by the 2017 Virgin London Marathon?

It was an amazing sight: at the 2017 Virgin Money London Marathon, more than 40,000 people took on the challenge of running a 26.2-mile journey through the crowded streets of our capital. Such is the popularity and incredibly large numbers of runners, there are three different starting points to the London Marathon that all join together by the 3rd mile to reduce congestion. Although we can’t promise you this extremity at the Harborough Carnival of running, we can promise you some other great aspects… 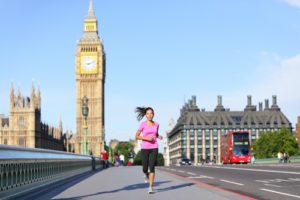 It’s an event that takes place on such a huge scale, there is no other running event like it in the UK. Each year brings unique tales of bravery and courage. Tales of overcoming personal demons and of using running as a way to help others.

Let’s have a look at some of the facts and figures behind the event.

Great facts about the London Marathon

Why take part in the Harborough Carnival of Running?

Over the years, you might have tried to get a place in the London Marathon but were part of the 84 per cent who didn’t get a place. Perhaps you like the idea of taking part in a big race but don’t want to train up for the full marathon distance, maybe you were inspired by a friend who took part or you may have just enjoyed watching the event on TV.

At the Market Harborough Carnival of Running  / Half Marathon, we can’t promise millions of spectators and TV coverage but there are a few points about our half marathon and 10k race that will make it a special event for you.

For the first two and a half miles, the runners will be running through the main roads of Market Harborough surrounded by around 10,000 spectators. Because the race is part of the local carnival, we have the crowds on our side.

On the next stage of the run, the route goes through nine miles of the gorgeous Market Harborough countryside, something that you’ll struggle to find in the busy streets of London. The route includes a trip through Great Bowden, Welham and Thorpe Langton. This includes a five-mile traffic free section.

Finally, the finish line is centred in the heart of the attractions at Symington recreation ground. This is where the carnival show ground is held with several other sporting events. It’s a family event that has something for all ages. Finishing here, runners are guaranteed a big cheer and a warm welcome from an enthusiastic crowd.

The London Marathon is famed for its charity fundraising and we are delighted that the Harborough ½ marathon has already become the town’s biggest single fundraising event.  Last year alone, over £50,000 was raised from runners who took part plus the money donated by the organisers of the event.

So, whilst we know that it isn’t quite like taking part in the London Marathon, for many runners it will prove to be a great experience and a memorable event with a great route and a friendly crowd.

Join us at this year’s event and along with 1,000 fellow runners, enjoy the sites of Market Harborough as you’ve never seen them before. Harborough Carnival of Running!