A new Halloween event came to Market Harborough, which saw around 50 zombies and 200 hundred runners overrun Robert Smyth Academy and its surrounding fields and forests. 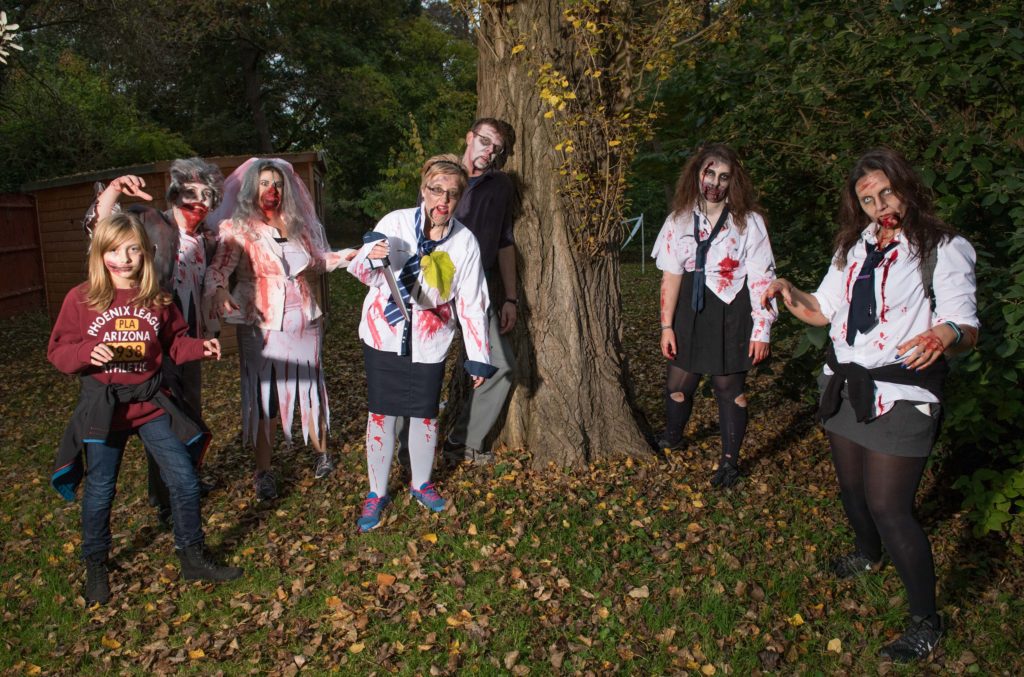 Organised by Race Harborough, the Armourgeddon Zombie Run took place on Sunday 30th October at from 4pm when runners were sent off on a four-mile ‘mission to save the world’. This involved running past burnt out cars, smoke filled fields and deserted forests. The runners objective was to get past the zombies with their 2 lives (or tags) intact. Around 75% managed to do make it till the end with at least 1 tag to claim a survivors t-shirt. The rest had to make do with t-shirt explaining that they ‘nearly’ made it out alive.

Adding an extra sense of doom to the zombie invasion were staff members from the event sponsors Armourgeddon who were out in force wearing army uniforms, gas masks, machine guns and even arranged for a FV432 ‘Bulldog’ tank which was parked on the driveway of the school to welcome runners and warn away the zombies. “We’ve had some great feedback from people who took part in the event. Both the runners and the zombies joined in the spirit of the run” comments Brian Corcoran, co-organiser from Race Harborough. “I was especially amazed at how much effort some of the zombies made to their realistic make up and costumes – quite astonishing” he added.

This Halloween event was the latest in a series of sporting events created by Race Harborough. Over the past three years they have launched many including the Harborough Triathlon, Santa Run (returning this December) and the Harborough half marathon and 10k.

Our next event is the return of the ‘Tunnel Vision’ night run and dawn run taking place at the Great Oxendon Tunnel in aid of the returning Mo’ket Harborough.  The races take place at 7.30pm on Thursday 17th November and the ‘dawn run’ begins on the following morning, Friday 18th November at 6:30am.

The 2017 Halloween event date is yet to be confirmed…